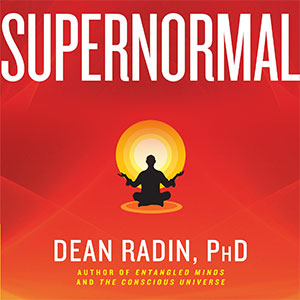 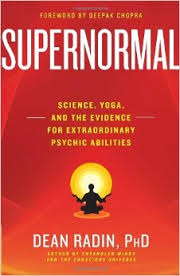 Was Buddha just a nice guy? Are comic book superpowers merely fantasies? Was Patanjali, the Indian sage, spinning fairy tales about extraordinary abilities called the “siddhis,” associated with advanced meditation practices, when he wrote the Yoga Sutras some 2,000 years ago? These questions now have answers based on the cumulative results of a century of laboratory-based scientific evidence.

Dean Radin, PhD, is chief scientist at the Institute of Noetic Sciences (IONS) and adjunct faculty in the Department of Psychology at Sonoma State University. Before joining the research staff at IONS in 2001, he held appointments at Princeton University, University of Edinburgh, and SRI International, where he worked on a classified program investigating psychic phenomena for the US government. He is author or coauthor of over 200 technical and popular articles and three books including the award-winning The Conscious Universe (HarperOne, 1997), Entangled Minds (Simon & Schuster, 2006), and most recently, Supernormal (Random House, 2013). For more information, go to www.deanradin.com

This interview is part of the Change Your Mind, Transformational Dialogue Radio Series, hosted by Craig Weiner, DC of www.EFTtappingtraining.com