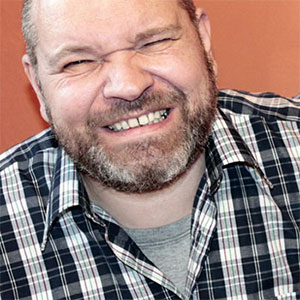 Matrix Reimprinting EFT is a relatively new form of working with EFT that involves aspects of quantum physics, HeartMath, epigenetics, “parts-integration” and morphogenetic fields. It was created by U.K. EFT Master, Karl Dawson. Last year the first research study was published in the peer-reviewed periodical, the Journal of Energy Psychology, demonstrating it as a cost-effective treatment to reduce the burden of a range of physical and psychological disorders.

On an anecdotal level, we recently had a few opportunities to use Matrix Reimprinting in a variety of group settings. While attending a workshop, during which I asked for a volunteer, “Sandra” immediately rose her hand. When I asked her what she wanted to work on she said that she wanted to work on resolving a long-standing issue of not having enough energy. I asked her a common EFT-based clarifying question “When did it start?” She said it began when she was very young. At that moment of responding, she suddenly made the connection between her lack of energy and a big T trauma she had experienced during childhood. After a few rounds of shortcut EFT I decided to use Matrix Reimprinting to facilitate a quick, easy, and pain-free release of this trauma. This powerful technique purposefully utilizes dissociation so that the recipient of the work can feel safe and peaceful during the process. One way to do this in the process is to make sure the recipient “sees” or senses their younger self as apart from themselves and as the one who is amidst the event. We refer to these separate aspects of self as ECHOs or energetic consciousness holograms.

Sandra and her Echo

I instructed Sandra to find her younger self, her ECHO, in the scene. She found the ECHO under a cabinet in her home during the middle of a tornado. She used her imagination to tap on her ECHO, and tell her that she was there to help her, and to reassure her that she and her family did indeed make it through this event safely. The incredible fear that this little girl ECHO felt was immediately released. Upon questioning, the only other thing that this little being needed was to be shown pictures of her future when her family ended up building a more beautiful house than the one that was destroyed. When the procedure to integrate the new learning in Sandra’s brain and cells occurred, she opened her eyes and said, “That tornado had knocked the wind right out of me! No wonder I never had any energy after that!”

One month later this was she contacted me to report “How can I even begin to tell you how the tornado session has changed my life? I had no idea how that very moment would begin to change my very life, my choices, my experiences, my being. I feel so much lighter in my spirit… I believe my life will never ever be the same. I am a changed life. And guess what? I have Consistent Great Energy Every Single Day!

“Madeline” attended a free presentation in the town where we were teaching. Our evening’s lecture focused upon an aspect of EFT that we are fascinated by, symptom as metaphors. After we explained the idea that the body is a living breathing metaphor for our unresolved emotional conditions, we asked for a volunteer to demonstrate EFT. Madeline enthusiastically raised her hand and came to the front of the room. I asked her what physical condition she wanted to work on. She described a feeling that she had been experiencing for a while. She explained it as an inability to breathe deeply. Having gone to various doctors for an answer without diagnosis or any resolution, she sought alternative perspectives to find out what her condition was trying to tell her and asked her body what needed to change so that she could heal. She spoke about an intuitive she’d met who told her that what she was missing in her life was creative inspiration.

I-n-s-p-i-r-a-t-i-o-n was the word that caught my attention – inspire: to breathe.

I asked her permission to begin the finger tapping points to use Matrix Reimprinting EFT. Next, I had her focus on her physical sensations of lack of inspiration. She said it was a pressure in her chest. I asked her next to allow that energy to show us where we needed to go with this issue and within seconds Madeline saw herself as a little girl. She communicated with her little girl ECHO and asked what it was that she needed. The 8 year-old responded that she needed to be encouraged to be herself, to be creative and most of all to receive love and support from her mother. Madeline then visualized that very process unfolding for the little girl and watched her beam. She took the joyous energy of the new pattern she witnessed directly into her body. Once the re-imprinting was complete, Madeline opened her eyes and reported that she couldn’t believe how much better she felt, how she could take a deep breath, and how she was ready to begin various specific creative pursuits.

This is the power of Matrix Reimprinting EFT. I believe, and those I have taught this technique to, that it is a tool every EFT practitioner should have at their disposal.