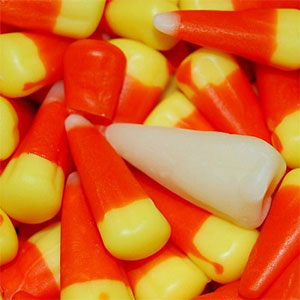 With Halloween just around the corner and shelves of bagged candy already beginning to overflow the entrance ways of our supermarkets, our deconditioned, confectionary willpower muscles may be in need of some support.

Some people just feel the dreaded holiday season coming, knowing the stress and guilt that is coming with all the food related activities. Some feel helpless against the oncoming cravings that they are about to face.

At a recent local fundraiser, a friend dressed up in a dog suit with a large “U” on his chest sung out loud and clear; “Don’t Fear, Underdog is Here!”. Well now I will make a small modification, “Don’t Fear, Your Tapping Hands are Near!”

Sometimes even the best of us forget just how effective EFT can be for reducing the cravings for our favorite…sweet..carb…chip…fill in the blank.

Here you will find a brief report on a fairly recent study that showed EFT’s effectiveness on reducing food craving for up to six month’s afterwards: The journal Science Daily, in April of 2011 reported the following: that “psychological acupuncture” (think EFT) was shown to be successful in reducing food cravings for up to six months in people who were overweight or obese. The technique combines gentle tapping on pressure points while focusing on particular emotions and thoughts.

Psychologist Dr Peta Stapleton, an academic title holder in Griffith University’s School of Medicine, said the technique was painless and easy to learn. Her research also showed the impact on food cravings was almost immediate and long lasting. Food cravings significantly reduced after just four, two-hour sessions and were maintained at a six-month follow-up.

“Participants in the trial were surprised by how quickly the technique works — that it doesn’t take a lot of time to eliminate food cravings they may have had for many years,” Dr Stapleton said. She said common cravings were for sweet carbohydrates such as cakes and chocolate or salty foods such as chips and savory biscuits.

“Food cravings play a big role in people’s food consumption and ultimately their body weight. If we can beat the cravings without the need for willpower or conscious control of behavior, then weight loss is also possible.” While the study did not show any significant impact on body weight or body mass index (BMI) after six months, the results of a 12-month follow-up are still being analysed.

Dr Stapleton, who specializes in the management of eating disorders, said some participants had actually forgotten they had a previous problem with food cravings until they were reminded at the six-month follow-up. She said because the technique helps over-ride emotional eating at a sub-conscious level, it was more likely to be effective in the long-term.

The results of the study were presented at the International Congress of Applied Psychology in Melbourne.