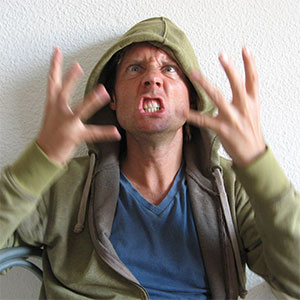 My most recent article addressed the challenge that arises with giving a diagnosis to a patient. When a person is labeled, they often feel they are sentenced to certain pre-existing outcomes and a prognosis for recovery that is already established. The patient discovers all manner of information generated by what they have heard from what their friends or relatives have told them and what they have read about it in magazines; on the internet etc. It is as if they have stepped into a new constellation and things shift from a personal, intimate and unique relationship with what is happening in their body to being part of something much larger. It is as if they have been initiated into a special new club named the _____ fill in the blank diagnosis club.

This field of information exists energetically around those in the disease club. Those that are new to the club, it is premised, can be influenced directly and indirectly by other members of the group by the development of a “morphic field” that surrounds it. This is the term coined by researcher Rupert Sheldrake, PhD., biochemist, plant physiologist and author of numerous books including Seven Experiments That Could Change the Worlds and The Sense of Being Stared At. His hypothesis is that a particular person, plant or animal that is belonging to a certain group, which has already established its (collective) field, will tune into it. The particular form will read the collective information through the process of morphic resonance, using it to guide its own development. This development of the particular form will then provide feedback to the field of that group, thus strengthening it with its own experience, resulting in new information being added. This may explain how a collective of peoples’ thoughts and actions can affect others indirectly. Perhaps The more people that contribute to the field the greater its potential influence, which can be either encouraging or fear promoting.

What does all this have to do with back pain? First, it is important to understand the extent to which back affects us as a society. It has been reported that over 80% of adults in the US will suffer a debilitating episode of it. Back pain is the number one cause of absenteeism from work in the US and health care costs for it are well over 60 billion dollars per year. This is a big problem. In this article I am going to go out on a limb to discuss an extremely controversial point of view, that of John Sarno, MD, the author of Healing Back Pain and Mind Over Back Pain. I mentioned him briefly in my last article but found his work worthy of further exploration.

Dr. Sarno, after supervising a medical rehab hospital clinic for over twenty years, found, in his opinion, that the true cause of most back pain ultimately is the result of unexpressed emotions such as anxiety, anger and fear that result in the harmless condition that he named Tension Myositis Syndrome, or TMS. He explained that this underlying and often asymptomatic condition can be triggered by physical traumas or stressful life situations. It is his belief that rarely is back pain truly caused by well-known conditions such as herniated discs, strains, bursitis, arthritis, etc., but are instead really caused by this pre-existing tension in the body. He defines tension as the emotions that are generated in the unconscious mind and that, to a large extent, remain there silently just waiting to be triggered by some every day type stressful event.

The notion that unexpressed emotions can lead to physical symptoms is certainly not a new idea. It is well accepted that there is some causal relationship between stress and hypertension, tension headaches, many digestive and skin disorders, insomnia and many more. Sarno takes this idea much further than would be comfortable for even the most open minded physician or practitioner to accept. His “treatment” of a wide variety of chronic back pain patients (after ruling out the small percentage of patients requiring surgery) ultimately became a mandated four hour of instruction that included two things. First, the objective was to gain knowledge and understanding of the cause of the pain resulting from subconscious and repressed emotions. Second, it required taking the actions required to change the brain’s behavior.

This would mean changing the conversation one has in their brain about their pain and behaviors, finding ways of becoming aware of the underlying emotions, mandating a return to all previous physical activities and unlearning of all of what he calls the “medical mythology” of ideas about what causes back pain (everything from the idea that there is a wrong way to bend and lift, that a hard mattress is better than a soft one, that you should sit in a particular way, etc.).

He also reached a point where he recommended the abandonment of all physical treatments of any kind which would further embed in the patient’s mind that the pain problem is a physical or structural issue that requires physical treatment. Therefore, no physical therapy, chiropractic, acupuncture, massage, medications, etc. were to be prescribed for his patients.

As I said at the beginning, this is a controversial and radical point of view, one that certainly threatens the existence of multiple established professions; including my own, that view back pain as a primarily physical entity. However, I find myself in agreement with Dr. Sarno on several of his hypothesis. I do find clinically that unresolved emotions often underlie pain episodes that I treat as a chiropractor. The metaphors are often so obvious, as when someone in their family is being a “pain in their neck” or a “pain in their derriere”. When patients come in feeling pressure at work and lower back pain, it’s as if they feel the weight of the world on their back.

I have seen the power of the metaphor and physical manifestation of emotional pain very personally, especially in the use of EFT, aka the Emotional Freedom Techniques or Tapping; a powerful technique that involves the use of stimulating certain acupuncture points through tapping. Several years ago I “strained” my back after heavy lifting in the garden and was in severe pain. My wife offered to work on my pain using EFT. I went along with it and begrudgingly I had to admit that my pain was gone after 15 minutes of working on a resentment issue that I had recently been stewing on prior to hurting myself. I refused to admit at first the possibility that this had even the remotest chance of being connected but I do know this connection to be true.

I also know that pain itself creates a host of emotions that serve to keep itself in place. Examples of these emotions are patients that feel anger towards their body because they feel that it has somehow betrayed them, are fearful of a recurrence of pain that arises when they begin to feel better, have anxiety and sadness over what they can and cannot do physically with their children, or stress over how their pain will affect their ability to work and possibly result in loss of income. All these feelings lead to a host of thoughts, beliefs and behaviors that create its own morphic field that make recurrent episodes of pain more likely.

On the flip side, research shows objective evidence of physical effects of things we do to our bodies that may promote lesser well-being, like prolonged sitting raising the pressure in discs, that bending, twisting and lifting creates significant torsion under which lumbar ligaments are under the greatest strain, and that scar tissue resulting from injury repair is stiffer and more vulnerable to injury than un-injured tissue. Research has shown the effectiveness of clinical treatments, including spinal manipulation, for acute lower back pain far exceed placebo. Many studies have shown physical treatments that have resulted in greater relief of symptoms when compared to placebos, so how does a doctor balance both perspectives? How do we promote health by educating a patient so that they are empowered to make choices supported by current research as well as not create a state of fear and anxiety that causes them to lead a diminished life of trying to avoid any situation that may cause them harm?

For me, it means finding a way to include both perspectives. It is my responsibility to understand that there may be both physical and emotional components to every patient’s pain. It is always my intent to be skillful in addressing all potential causes with a patient. It is my vision to always create a path or program that is tailored to the individual that empowers them to expand their physical and emotional life expression as a result. Finally, it is my challenge to assist them in gaining greater perspective so that they can see the opportunity they have to make whatever behavioral and cognitive changes needed in order to facilitate true healing in their body which is much more than just having found relief from their pain.

I wish to end my thoughts with an offering of gratitude for the courage of Dr. Sarno, who was ahead of his time when he spoke out as an isolated voice in his era for the inseparable marriage of the mind and body. The idea that what we think and feel affects our body’s responses and visa versa is no longer a wild hypothesis; it has its own growing morphic field that is being supported by a large body of scientific data.

Dr. Craig Weiner has been a practicing chiropractor for 23 years and is a certified EFT practitioner and trainer. He specializes in his chiropractic profession and as an EFT coach for the treatment of chronic neck and back pain.