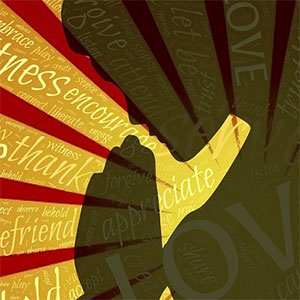 Since becoming an EFT practitioner I have seen so many amazing healings on a physical level that it almost feels commonplace; but what still thrills me are the emotional changes in people that then attract external circumstances that are no less than miraculous. Here are two examples from two recent cases.

The Story of Mary and Being Abandoned

Mary asked me to help her with a health issue that she had been trying to clear up on her own with EFT. The emotional core issue was her fear of people in her life leaving or abandoning her. Throughout her life she had experienced loss. First by her very young mother who left Mary to be raised primarily by her grandparents and then later by a series of friends, lovers, and co-workers.

We acknowledged all of these and tapped every memory that had any intensity left. One of the gifts of EFT is the generalization effect which happened here and thus we didn’t have to work on as many as I had originally felt needed to be cleared.

During our last session Mary realized that she also had a fear that her current boyfriend would be leaving her soon and we worked on that as well. Two weeks later her boyfriend proposed to her!

The Fear of Personal Power

The other case involved Susan and her fear of power. A pattern emerged after the first few minutes of our first session where each time Susan had tried to do something to move her forward in her career it would always fail. This started back when she had been a very intuitive and powerful child and members of her family resented her for it. After a while she had no other choice but to make herself smaller and less noticeable so her family could show her approval.

We cleared that as well as a few other memories where in her love relationships she had needed to do the same sort of self-deprecation. Low and behold shortly after our last session she received notice that the book that she had written and that the publishers had put a year long delay on would be going to press very soon.

Call it what you will – Law of Attraction or reticular formulation, we do bring into our lives that which we are focused and emotional about and this is where EFT really works it’s magic.

With most of the Law of Attraction material I have seen it seems they want you to “buck up” and switch to something more positive but most people can’t bootstrap as quickly as that. EFT has made that part of manifestation work very simple, easy, and quite effective.

Alina Frank, is among the top ranked EFT practitioners in the world according to independent review sites. She has published articles in international and domestic publications and has been interviewed on various shows on the topic of healing.  For a free 15 min consultation please visit her site at http://www.tapyourpower.net