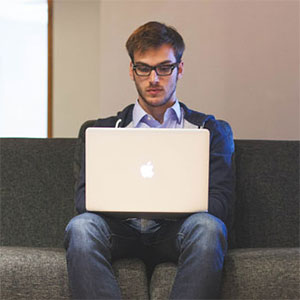 A recent study published in the British Journal of Sports Medicine has profound implications for each and every person that is taking the time to sit down to read this blog. To be blunt, the longer you sit there reading this, the faster you are aging and the closer you are getting to the end of your life. So you may wish to read this standing up!

Recent studies have been mounting associating prolonged sitting and sedentary lifestyle with an increased incidence of heart disease, diabetes, chronic back problems and even early mortality.

Swedish researchers decided they wanted to explore how the biological markers of aging were affected by prolonged periods of a sedentary sitting lifestyle and by exercise. To do so, they measured participants’ telomeres to determine how these factors affected them. What are telomeres you ask? They are the end caps on your DNA strands that over time, wear down and fray, so they offer valuable insight into biological aging.

In this study, they invited forty nine overweight, sedentary 68 year old men and women to participate in one of two groups. First they all had their blood drawn in order to measure the telomere lengths. The first group received instruction regarding individualized moderate physical activity to increase their health and advised to sit less frequently. Their steps were measured by pedometer and their sitting time tracked.

The control group was instructed to continue their lives normally but were urged to be healthy and lose weight without any specific advice.

Six months later, blood draws again were taken and telomeres measured. Here are some of the most significant results:

So, the implications that are clear from this study include, you can reduce the rate of biological aging by getting off your bottom and moving more. On a professional chiropractic note, I would make these recommendations:

And to end with the wise words of Freddy Mercury…”Now get on your bike and ride!” (Or at least stand, walk or run!).