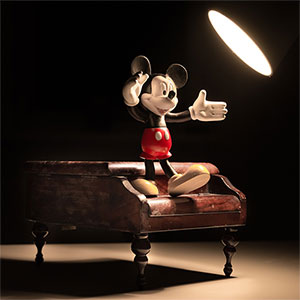 It was with great anticipation that my wife Alina and I made our way to the local Clyde Theatre in Langley the other night to view the new and highly acclaimed animated film, Inside Out by Pixar/Walt Disney. Please note that I definitely did NOT refer to it as a kid’s movie. My expectations were high, based on the early reviews and I have to say that those expectations were clearly exceeded. For those of you that have not yet seen it (or simply want my take on the film) you may wish to continue reading.

This film is a game changer. Our culture is fascinated with the brain and from my personal and professional point of view, when people understand the power of the inter-relationship between emotions-thoughts-beliefs (and physical health and well-being), they are empowered with the inspiration for real change. I predict this film to not only be a financial windfall but to have transformative applications in childhood education and in adult therapeutic interventions (think therapeutic Gaming Therapy!).

For those of you who know me, I am most definitely a neuroscience geek. I like to think of myself as a “tapping-chiro-neuroplastician.” In other words I utilize a few favorite therapies/techniques to help people “change their minds”. This movie does in full 3D sensory display what I try to describe to my patients and clients in 2D language; demonstrate that our brains and minds are flexible, dynamic and capable of great change, hence the state of being neuroplastic.

Inside Out and EFT

For anyone involved with EFT or Tapping, this film is a game changer. This film is exploding in viewer attendance and revenue. It will be an available resource reference for any tapping practitioner to refer to that individuals will be able to relate to with regards to emotions, the brain, memories, trauma, etc. You may even decide to bring your tapping groups on a trip to see this movie!

Some of my most current and advanced studies and writing, dealing with stress, trauma and memory reconsolidation are all the underpinnings of what is demonstrated so simply and beautifully in this finely crafted film. It managed to graphically demonstrate some of the most cutting edge scientific e research in the field of emotions, memory, freeze states, dissociation, core memories, malleability of memories and the importance of all emotions, not just the “well-accepted” ones.

After exiting the theatre, I pictured the secret Emeryville based secret Pixar “behind-the scenes” creation space: an open-ceiling, forested conference room; architecturally inspired by the movie Big (remember Tom Hanks and the loft trampoline?) and a color design culled from the 3-dimensional multi-sensory palette of When Dreams May Come (with Robin Williams). At the immense table sits the brainchild of the movie with his children, sitting next to neuroscientists, animators, scriptwriters, musicians, artists and a chair reserved for really outside-the-box shaman-dreamers.
I was pleased to find that I wasn’t that far off. The inspiration for the film was very personal. It was inspired by the emotional changes writer-director Pete Docter witnessed in his pre-teen daughter following a family move. Her mood changes had him recall the difficulties that he had gone through in his childhood after moving.

The dream-team-brain-trust built by Docter was much more diverse than you will find in the typical animated film. He recruited neuroscientists like psychology professor Dacher Keltner of University of California, Berkeley, an expert in the study of emotions and blood flow in the brain. He studied scientific papers and cross-checked story ideas with Keltner and Paul Ekman (psychologist and expert in the field of emotions and facial expression) and a slew of other brain and behavior experts. Most animation teams are predominantly comprised of men, this crew was gender equal.

A recent NY Times review quoted producer Jonas Rivera characterized the film’s approach as “like the greatest hits of mind theory.” “It’s fun enough and whimsical enough that even the most devout scientist can see,” he said, “if there are any inaccuracies scientifically, well, the emotions are also wearing pants.(as the animated characters playing the roles of joy, anger, sadness, fear and disgust)”
I love that many of the stereotypical gender based elements were left out of this script. Eleven year old Riley was not overly clothed feminized attire in shades of pink. Her sport of choice was ice hockey. Her toys were not classical girl-dolls. She was created with both feminine and masculine energies. This balance was extended brilliantly into finding how valuable having the access to a wider array of emotions other than happy and joy can be incredibly useful. I think that this was one of the greatest messages of the movie that will be easily accessed and understand by younger viewers. While the “Joy” character was the predominant player in Riley’s brain dashboard (like the “all-powerful Oz”), the red “anger character” proved to be an invaluable resource in Riley’s journey but played a smaller yet essential role.

Inside Out and ACEs

The relationship between the Joy and Sadness characters proved to be the most complex and developed pairing and offered the greatest insight for the importance and usefulness of those “negative” emotions. While Riley’s modus operandi was predominantly joy-ful for most of her childhood, and was absent any significant adverse childhood experiences (ACEs), it wasn’t until her family had to move that Riley encountered her first “small T trauma.” Such an experience is very relatable for most children and adults, even without any major or Big T traumas, a person can find themselves falling into a dismal quagmire of intense negative emotions or even frozen in a state without access to ones emotions.

Inside Out and Memory Reconsolidation

Beautifully demonstrated graphically was the animation of emotionally colored memories looking like endless wall racks of glass balls and the few special brilliant golden “core memories” spheres. Those memories, known in psychological circles as emotionally-laden memories, are especially powerful in personality and behavior making. For a long time, science believed that memories were static, unchanging, assumed to be fixed in our brains. This film demonstrates how such memories can be altered by current emotional states upon recalling them. That alteration is not good or bad and the illustration of the glass balls as becoming a swirl of emotional color rather than singular in hue is a beautiful demonstration of this concept. This concept is now verified by the recent neuroscience research demonstrating memory reconsolidation, which supports the understanding that our memories are constantly being altered based upon our ongoing experiences and associated emotions and meanings that we give those past experiences.

So what’s the bottom line? Just go see the movie….sure your spouse might think it’s a kids movie, but tell them Dr. Craig said that you get class credits for it (or make something else up to bribe them with, you won’t regret it. As far as whether to bring children, the feedback I have gotten is that kids under age 12 love it, and they will extract whatever they do, and that’s all good. I have heard that teens 13-17 have not been so enthralled with it, perhaps their brains are not quite developed enough to assist them in regulating their emotions sufficiently to see the usefulness of the process quite yet…maybe.