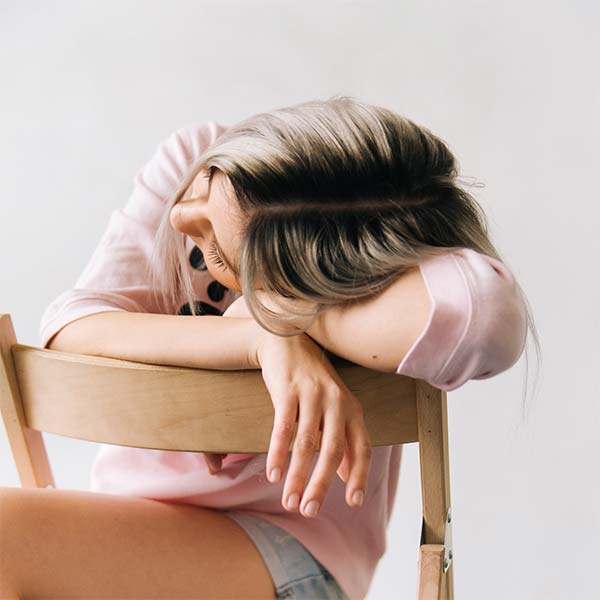 One of my favorite poems is Robert Frost’s “The Road Not Taken,” which starts with the line “Two roads diverged in a yellow wood…”

Both roads can’t be taken, and looking down each path, one can’t clearly see very far. For both paths, one thing is certain—what lies ahead is unknown. In the poem it appears that the narrator is facing a major decision in the “fall” of his life.

This could describe a typical midlife crisis.

This may simply be the time in your life when you take stock as to what is working and what may need to be left behind. It may be precipitated by illness, job loss, or other catastrophe, but for some it’s about waking up one morning realizing that life will be over one day.

Self-limiting beliefs prevent us from taking the opportunity to waltz confidently and fearlessly down a road less traveled.

Here are 6 limiting beliefs that may be keeping you stuck:

Another way to say this is: “I am afraid I will feel out of control unless my life remains the same.”

In actuality, life is nothing but a serious of changes. What appears to be stable, solid, and predicable one day may very well be radically altered the next. How can we as mere mortals know that what is true today will be that way tomorrow?

I’ve seen people in my practice who decided to marry someone “safe” only to have that person cheat on them. Another client lived with someone for financial security, then had their partner lose all their money and they had to foreclose on their home.

2.“I am not capable of making right decisions if I move in a different direction.”

If you are human, mistakes are inevitable. I have never heard anyone say, “I regret having taken that new job that made my heart sing” or “I regret moving to the country to live a simpler life.”

The disappointments that are most likely to show up at the end of your life are those of not having explored new directions. Indeed, there are decisions that I have made in my life that, shortly after making them, seemed like huge mistakes.

With using EFT on those “errors,” I have actually recognized them as valuable lessons necessary for my soul’s growth.

This belief is often a subconscious one. We all deserve to be wildly happy, actively pursuing our destinies, and surrounded by people who love and support us.

When we make choices about our lives based upon how others react, we not only limit ourselves but potentially also deprive those others we are trying to protect. A case in point is the ending of a relationship.

If your relationship is seemingly over, if love is absolutely absent, and if your heart is yearning for something different, then settling and staying in this relationship will prevent your partner from finding someone who is their perfect partner.

Another person who stays in a marriage for the sake of the children, only to end up divorcing after the kids leave, may ultimately learn that the kids hated the disharmony and had frequently wished that their parents had divorced when they were little.

Fill in that blank with good, smart, attractive, skinny, wealthy, well-connected, strong, healthy, or choose your favorite. This is definitely a tappable issue and universally felt by everyone to some extent.

The great spiritual teacher, Ram Dass, was asked what was the greatest difference between his inner critic at age 20 and now in his later years. He responded that while he still hears that voice in his head, it has become fainter, but the major difference is that he doesn’t listen to it anymore.

6. “I must have the right circumstances before I act.”

This is true to a certain extent. The person who is ready to quit his job and follow his bliss without any clearly defined “next steps” is a good example of needing to wait and prepare. On the other hand, someone who has been contemplating such a move for years probably has friends who are tired of hearing, “this is sucking my life force energy” or “I can’t stand all the drama” that are part of the perennial conversations, and is a good sign that it’s time for action.

There is a myth that if we take our time and analyze all the possible outcomes before making a decision, we’ll be guaranteed to make the right one.

It’s the same logic that has people waiting until they need a triple bypass before they change their eating habits or stopping smoking when they are diagnosed with lung cancer. The fact is that we can never know for certain and making peace with the uncertainty is the key.

Here are 5 questions to ask yourself, with follow-up tapping recommendations that will facilitate your decision-making and strengthen your resolve:

Magic happens when we make a decision and start the journey of moving forward.