Your Body Remembers, Tapping into a Person’s Healing Field 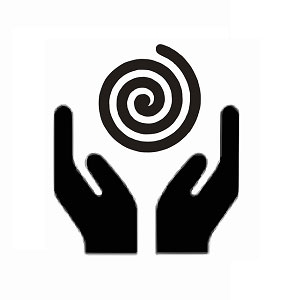 Sometimes I find myself working on a patient that I have not seen in several years. While my hands are gently kneading the muscle tissues and offering pressure along their spine, suddenly my hands become flooded with memories of how this person’s body felt under my hands, years before. Instantaneously, my hands and mind are conferring on this body and noting similarities and differences since the last time I worked on it. It is as if my hands hold some memory bank that is separate from the one in my head, because if you had asked me what this person’s body was like in a conversation, my conscious memory would have fallen far short of the recall that my hands experienced. This gets me to thinking about the possibility that not only can my hands remember information on their own, but perhaps they can tap into the information that their bodies hold about what occurred to their bodies in their past. Could this really be possible? I say yes.

There is a theory of cellular memory that has gained greater acceptance. This theory explores the idea that the cells in our bodies contain information about our personalities, tastes, and histories. Evidence of this phenomenon has been found most prevalently in heart transplant recipients. For example, in the paper by Linton published in the Montgomery College Student Journal of Science and Mathematics in 2003, titled Knowing by Heart: Cellular Memory in Heart Transplants, she describes phenomenon of a female heart transplant recipient after receiving the donated heart of an 18-year-old man who had been killed in a motorcycle accident. Soon after the operation, the recipient noticed some distinct changes in her attitudes, habits, and tastes. She found herself acting more masculine and strutting down the street; which, being a dancer was not her usual manner of walking. She began craving foods, such as green peppers and beer, which she had always disliked before. Sylvia even began having recurring dreams about a mystery man named Tim L. All of this information, from the cravings to his name, turned out to be accurate in regards to the donor’s life.

Can a heart somehow have embedded within its cells the memory of characteristics of a person and once the tissue is placed within another’s body, can it really be felt, sensed or known by the recipient? If that is possible, then how is the information transmitted from the heart’s cells to the donor’s conscious brain? Is it a biochemical, hormonal or neuro-endocrine mechanism? Could it be one of some electromagnetic frequency that carries information on wavelength’s that permeate the body which then is received by the brain? To take one huge giant step forward from that, if the cells are transmitting this information as memories via electromagnetic frequencies, then certainly these wavelengths are not limited to the boundary of the physical body and may actually radiate out to the surface of the body and beyond where it can be sensed by others who may come in contact or within close enough proximity to receive some of this information.

There is growing interest in conducting research that explores how far outside the human body information might be transmitted. Studies performed at the Heartmath Institute in Palo Alto on the electromagnetic energy generated by the heart reveals the following several conclusions. The heart’s electrical field is about 60 times greater in magnitude than the electrical activity generated by the brain. The magnetic field produced by the heart is more than 5000 times greater in strength than the field generated by the brain. The electromagnetic energy of the heart not only envelops every cell of the human body, but also extends out in all directions in the space around us. Our cardiac field touches those within 8 – 10 feet of where we are positioned. And finally, their research shows that one person’s heart signal can affect another’s brainwaves and heart-brain synchronization can occur between two people when they interact. While this particular research has been performed specifically on the heart, who knows what we are yet to discover about the more subtle forms of information that our bodies generate and how they may be felt by and have a direct affect on others.

By being open to the possibility that more forms of communication exist in the body than most people accept, we have a venue of deepening the healing that can happen when there is an interaction between any two people, whether there be a laying on of hands in that interaction or not. Perhaps this idea that our bodies radiate out information beyond the surface of our bodies and can be sensed by others will help us to live in a more congruent way, knowing that the truth of who we are may emerge even when our spoken words do not. Learning ways to tap into this “healing field” of information that a person/client/ patient offers enables infinite opportunities for healing.

Craig Weiner, DC has been in the health care field for 25 years, as a doctor of chiropractic, certified massage therapist, EFT practitioner, health coach, EFT and Trauma workshop leader, and creator of the Transformational Dialogues. More information on his work can be found atwww.efttappingtraining.com or www.chirozone.net