Working on Past Lives with EFT 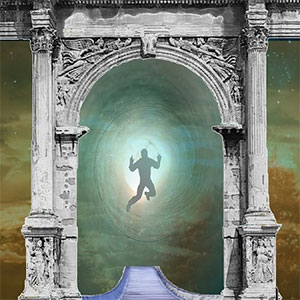 I recently read about a study that was conducted over a period of twenty five years at the University of Virginia with children who have instances of recalling what they characterized as having experienced past life recall. Most of these children have clear prior to conception memories between the ages of two until seven years of age. These kids from around the world had quite a few things in common, including shared verifiable traits of the previous “lifetime individual’s” personality, memories of unnatural causes of death, recognition of relatives from the same family circle and birth defects or marks corresponding with injuries experienced in their “previous lives”. Just how does EFT deal with issues related to previous lifetimes?

As an EFT coach, the most interesting shared quality that I have found when working with individuals who recall a past life is that these children often have a phobia that corresponds with the way they died in the last lifetime – for example a water phobia in a child who remembers drowning in a past life.

Dr. Brian Weiss wrote about this phenomenon in his classic book, Many Lives, Many Masters. In it he describes the case of a woman with a severe phobia that was healed quickly when she was led through a past life regression hypnosis session.  Dr. Weiss, a traditionally trained psychotherapist, documents case after case in his subsequent books of how past life regression heals trauma, anxiety, phobias and more. While Dr. Weiss uses hypnosis, not EFT tapping as a modality, I have seen EFT and past life regression work very well together.

My hesitation in dealing with EFT and past lives with my clients, especially those who believe that their current issues stem from past life trauma, is due to my own theory that we are given all the knowledge we need to heal anything with the experiences we have had in this lifetime.  This was confirmed for me over and over again as each of those clients healed without the need for me to hear about their past life memories.  Some of these “memories” were merely suggestions or interpretations of information from a third party source, such as a hypnotherapist or a psychic and rarely did it come from personal dreams or visions.

That being said, my beliefs were challenged when I worked with a client who had extreme separation anxiety whenever someone came to babysit her daughter. Her fear was irrational and had badly strained the family’s home environment. In the middle of our session my client suddenly had a vision of standing in the middle of a line in a death camp during WWII. The baby she held in her arms was suddenly ripped from her arms. We tapped on the guilt that she felt at not having been able to prevent the tragic death of her daughter as well as related aspects of the memory. Her extreme anxiety immediately subsided and then disappeared.

Another recent case was with a woman whom I was using EFT to help with infertility issues. At one point in the session she recalled what felt like a past life memory of having been the victim of infantile sexual assault which she described as being a bloody mess. I got the intuitive hit that she had made a subconscious association with “the bloody mess” from her memory and the scenario of the birth process, because after all, couldn’t one, given the wrong viewpoint, interpret childbirth as a bloody mess?

The lesson that is important here, and one that I teach my EFT students at Tapping Training, is to use what shows up and don’t allow your own disbelief to get in the way of your clients’ healing. If your client believes that the world is run by a red elephant and that elephant is causing them insomnia, then use it in your wording.  The most important thing to remember at all times is to become a clear channel and recognize that the work is coming through you and not by you.