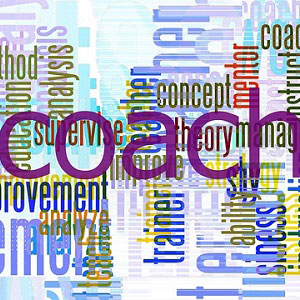 As an EFT  trainer and mentor, I’ve had the opportunity of assisting hundreds of students learn Clinical/Gold Standard EFT. Many of these students found EFT, as I did years ago, through the internet. After trying their hand at tapping, most people are so thrilled with the results that they then make the leap to sharing it with others. Some then have thoughts of taking this tool and establishing a professional business from it. If it’s been estimated that 14 million people use EFT worldwide, and conservatively, let’s say that 1% of those people have the desire to do this professionally, then that would amount to 1.4 million potential EFT coaches. If that’s true, then where are all those practitioners changing the world? Let’s take this a step further and assume that 1% of those people take some steps towards actually doing EFT in some professional capacity, then we would be seeing about 14,000 EFT coaches. When I look around the internet and at various professional associations, those conservative numbers just aren’t there. I am unaware of any valid report measuring professional practice statistics to review my theory, but I see the vanishing wishes and dreams of struggling EFT coaches everywhere and this is the inspiration for my writing this series of articles.

Let’s start at the beginning – training. How would you feel about going to a dentist who only received training from reading a book? How about a pilot whose only training was from viewing videos? What about a mechanic who is a master at fixing cars but just recently read an article and decided he could fix your television? I doubt that your confidence in these people would be sufficient to hire them, especially if they charged you top dollar. The same thing applies with EFT. In the example of the mechanic I am referring to that population of practitioner that includes EFT in their bag of modalities without proper training. Too often I see practitioners who wonder why they aren’t making ends meet or can’t quit their day jobs simply because they treat their business as a hobby and not as a career. Part of becoming a professional is to train and become certified in your profession. The following are some common misconceptions regarding this process.

1. It’s too expensive and time consuming. The average cost of attending a trade school in the US is between $345 and $575 per credit hour. The average price of attending a university is far greater. Even becoming a life coach will run you somewhere in the neighborhood of $5,000 to $15,000. EFT certification is a fraction of these prices. A way to budget your money and time is to set yourself the goal of becoming certified in one year. Attend a Level 1 training  followed by a Level 2 training (only about $575 total) which you can attend at the same time or a few months later. Swap sessions with your fellow trainees and work with your mentor to refine your skills. You will gain the required session hours and work on your own blocks to success.  If you look at it this way, it’s about the price of a daily latte.

2. Feeling that you already know EFT from having read a manual, watched some videos, or attended a workshop. That might be true, but, quite a number of my mentees who were sure they knew how to apply EFT, were quite surprised at how much they didn’t understand before taking our workshops. The videos, where many of them learned EFT in the past, lacked the feedback and coaching that only live workshops can offer. I know a few people that have told me they learned in a workshop whose focus wasn’t EFT and they spent at most a hour on teaching EFT! The trainings we offer include 12 hours of instruction per workshop. Also it is important to note is that EFT organizations have added so much knowledge and understanding of the science of EFT, that this in and of itself is invaluable in a student’s ability to speak convincingly with potential clients about why they should hire a coach. Good work leads to great testimonials which lead to increased word of mouth referrals.

3. Thinking you can reach out to a large enough audience on your own. EFTi (EFT International) is one of the largest EFT membership organization worldwide. Being qualified to have yourself listed on this database after you’ve become certified, gives you a major advantage over others who are marketing themselves on much smaller venues. As a single voice in the vast sea of coaches on the web you just can’t get this kind of exposure on your own initially. Not only do you distinguish yourself as a trained professional to people looking through the site for coaches in their geographical area but you are seen by other coaches in that light as well. I have often used that directory to find workshop assistants when I travel, who then are able to promote themselves to attendees. I’ve also used the listing to refer to other coaches outside my geographical area. I trust that those listed are qualified enough for me to refer to because of the solid requirements for certification at EFTinternational.org