Theories of How EFT Works 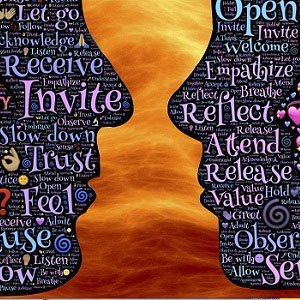 This article was written by Craig Weiner, DC and written for The Tapping Solution.com and published here on 9/17/12

I think that every practitioner who uses EFT as a tool for helping another person heal, finds themselves being asked two important questions; what is EFT and how does EFT work? We each find our own way to build a bridge to describe EFT, either as a stress reduction technique, that it’s a form of emotional acupuncture without needles, or that it’s an energy healing technique or perhaps spoke of as a form of imaginal exposure that is paired with midbrain hyper-arousal and subsequent counter-conditioning through percussive acupoint stimulation. Well, maybe not too many use the latter explanation, though it certainly can be found described that way accurately.

In trying to find out for myself just how EFT works, I spent hours reading research on the science of EFT in journals like the Energy Psychology and Explore, diving into the great works of Fred Gallo, Richard Feinstein, Dawson Church, James Lane and many others. I believe that the science of EFT is an approach to explore and understand; it is not a belief system.

So with that in mind, I will explore some of what I consider to be the hypotheses of how the literature and I consider EFT to work.

Amygdala Desensitization and Counter-Conditioning Theory. The science behind this hypothesis of how EFT works continues to grow. Simply stated, when you are in a circumstance where you suddenly find yourself inordinately angry (perhaps a pickup truck is driving too close behind you on the highway) your body may shift into a sympathetic nervous system mode of fight, flight or freeze. Now add on top of that the memory of being rear ended by a truck when you were a child. Through associative learning, the scene is now a source of magnified threat and it results in a fast beating heart, shallow breathing, and muscles tightening, internal forecasting of possibly threatening or dangerous scenarios.The fear and interpretation of an unsafe scenario has triggered the amygdala, which has caused this body-mind to be on full alert status. It drains blood flow from the critical thinking part of the brain, the frontal cortex. Should you be able to overcome the automatic reflexes and pull over to the side of the road and tap on the scene that you are remembering, you would then be counter-conditioning the stress response with a calming tapping intervention. The simultaneous presence of a stressful thought or memory when tied to a nurturing and calming stimulus provides for a neural re-wiring in the brain that promotes a return to a relaxed and more balanced neurological state and homeostasis.

EFT as a Placebo. I think that placebo is under-rated with regards to achieving a desired goal. Placebos have been shown to be effective 30-90% of the time, depending on the meta-analysis read. Placebos are even being shown to have a significant effect even when participants in a study know that they are taking a placebo! This has not yet been ruled out as a plausible explanation for EFT’s effectiveness. This gets tricky especially when there have been attempts at placebo or “sham” treatments by the tapping on “non-EFT Basic Recipe” points (for example, on the forearm or on a doll) and still had positive results. There is a lot of disagreement on whether meridian endpoints in the fingertips or other meridians on the forearm were activated with the sham tapping. There is still much to be discovered with this theory.

EFT Distraction Theory. This concept explores that if we are tapping on the body while undergoing an intense emotional reaction, that we are distracting the client from the suffering and may relieve their pain or anxiety. This is especially true if the person is utilizing positive re-frames. This theory probably likely does come into play to an extent, but does not explain ongoing SUDs intensity level changes after the session is over.

Cognitive Restructuring (CR) Theory. It is common during a session that a person reaches an AHA! moment of realization or insight as to choices they have made in the past. While cognitive shifts are a wonderful byproduct of EFT, they are not the goal, as it has been shown that insight alone does not necessarily change behavior. CR also cannot in and of itself explain how someone can reduce their physical pain level especially if a cognitive shift did not occur.

The Great Energy Field Theory. I name it this because it is really a combination of many others who have contributed to its diverse aspects. Roger Callahan theorized the concept of a thought field that spoke to an energetic field that surrounds a thought/belief and associated emotions. David Feinstein and his wife Donna Eden have written about and addressed the idea that energetic fields, as measured by HeartMath and others. These subtle energies may very well be playing a key role. Fred Gallo theorizes that psychological problems may be viewed as an energetic informational field that if unhealthy, may be able to be tuned into and de-stabilized or collapsed by a technique like EFT. This removes the unhealthy emotional triggers and then transforms in another preferably healthier structure. This, he describes, may be sufficient for the system to leap to a higher order of organization, I believe moving a person towards a higher state of self-actualization. This model may help also to explain aspects of non-local phenomena that likely come into play when exploring how surrogate tapping results in distant changes.

Healing by Intention Theory. By simply performing EFT there is often a strong intention to heal. Research has begun to correlate a relationship between having a combination of cognitive determination, with heartfelt desire and self-compassion as a way of creating healing in the body. Lynne McTaggart’s wonderful book “The Intention Experiment” offers in detail experiments that support the concept of thought alone affecting material reality. She writes, for example, of the Mind Science Foundation studies that repeatedly show that a person’s thoughts can affect the direction in which fish swim, gerbils run and the rate at which living cells break down in the laboratory.The power of intention producing results applies not only to the client but to the practitioner as well. As Lynne states, “Recent research demonstrates that living things are constant transmitters and receivers of measurable energy. New models of consciousness portray it as an entity capable of trespassing physical boundaries of every description. Intention appears to be something akin to a tuning fork, causing the tuning forks of other things in the universe to resonate at the same frequency.” This may address the role of the state of EFT practitioners in effecting significant changes in their clients.

Spiritual Healing Theory. A recent survey found that 99% of American family physicians felt that spiritual beliefs can heal, 75% felt that prayers for others can assist in healing and 55% have witnessed patients have what they consider to be miraculous events occur. Proving whether a healing is derived from one’s spiritual connection, or a state of faith or consciousness or the intercession by a supreme being may not be possible, but there is sufficient evidence in the research literature (Larry Dossey, MD has done us an invaluable service in collecting much of this data) to have to count this as a possible explanation for healings that occur regularly using EFT.
While this does, may, and probably does not exhaust all the possible explanations of how EFT may create change in peoples’ lives and well being, I think it addresses many of the predominant ideas about how EFT may work. I hope that you found this helpful and are able to use this information to support what you do and why you do it.

The “For those who Don’t Care to Understand the Mechanisms” Theory. EFT just works, period. It doesn’t matter if science can back it up, or if it can be proven in a double blind study. It’s a mystical, magical, unexplainable form of outside the box healing. That may just work well for some as it carries a powerful sense of mystery and can be very healing, especially when people have tried “everything else under the sun” and nothing else has worked. It has been shared that this may be an explanation for miraculous shamanic healings that occur when people travel outside their culture into a radically different healing paradigm and in effect “borrow the faith” of a healer.