What Tappable Issues Walked Into My Office on Monday? 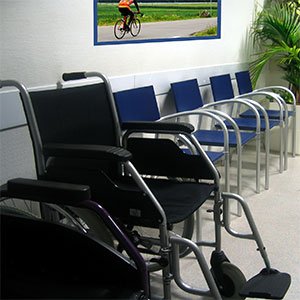 Students sometimes ask me what kinds of issues I work with using EFT as a Chiropractor, figuring that its a lot about neck or back pain or headaches. So here is a window into my yesterday. It was a Monday like any other Monday. My first patient had been in a car accident a few weeks ago, and presented with neck pain and numbness that was not fully resolving and more than likely has a disc herniation and is dealing with the fear that surgery might be required and that he may have to limit his ability to perform his work as a plumber and has financial stress.

Patient #2 is a long time wellness care patient who came in with the onset of sharp neck pain without any trauma. Further questioning reveals that he had just returned from a scientific conference where an egotistical, chauvinistic, arrogant presenter made him so disgusted he had to walk out of the room and has been having this “pain in the neck” ever since. Tapping and spinal adjusting allowed him to leave the office in much better shape. (PS This wasn’t the first time he had to leave such a symposium because of such inappropriate presenters!).

Next was a patient who was having a flare up of stabbing back pain after having to take her spouse to the emergency room after spitting up blood from “all the stress” he had been under and she was feeling like she was being pushed out of her job by her boss (stabbed in her back?). EFT tapping and a spinal adjustment helped her leave the office laughing and in significantly less pain The afternoon brought to me a patient who 2 weeks prior had literally been attacked and bit in the face by a neighbor’s dog and had difficulty even telling me what happened without significant emotionality and we have scheduled a future time for tapping.

The day ended with a young woman who had a flare-up of pain everywhere, thought maybe it was caused by the long drive back from a trip but upon discussion learned that she is in the middle of complete everywhere overwhelm from relationship confusion/despair. Many things that needed to be said, she had not been able to speak about and wondered if I had any idea why she might be having jaw pain recently?

All in a day of a Tapping Chiropractor.