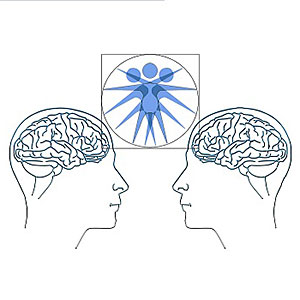 No spandex needed for this aerobics class.
It’s gym class to work the muscles of the mind.
The Right Brain Aerobics training is a way to tap into your “inner genius.”

Yeah, you have one: Everybody does, said the program’s creator Sandra Rodman, 70, of Whidbey Island.

“It’s kind of an insight training,” Rodman said. “The inner genius connects the dots for you.”

“We get hard-wired. We think left brain, like computers,” Rodman said. “We lose touch with how our mind works.”

She claims right brain prodding can heighten both left- and right-brain functioning. In other words, the right and left sides can be taught to play well together.

The result: People can problem-solve with “a whole new mind.”

Rodman uses some of the brainstorming and team-building techniques gleaned from her years in corporate management and involvement in the arts. Her program model was developed for businesses but expanded to community groups. There is a charge for most sessions.

The gist of her brain aerobics program isn’t about doing crossword puzzles or playing chess. It’s really the opposite: Rather than honing logical thinking skills, put these to rest. Chill out.

The focus is on meditation, healing music, relaxation and positive imagery, with a little “Alice in Wonderland” thrown in.

“It’s almost a Zen type of thing,” said Stanwood librarian Rob Branigin, who attended the first brain aerobics lecture at the library last September. The session is being repeated by popular demand.

The library talk will be led by Craig Weiner, a Langley chiropractor trained in Rodman’s aerobics.

“It’s an exercise on how you think. How you think is everything,” Weiner said. People get into a rut. “Brains think in habits,” he said.

These habits limit new pathways being formed, but neurologic connections can be expanded on the brain’s right side through these exercises. “We know we can build muscles by lifting weights.” Same goes for the brain.

The first step is to open your mind.

“Creativity isn’t only about art or music. What for me is creative might be different for you. It’s how to negotiate a relationship problem or a stalemate with a teenager or create a new product at work that can be bought to market.”

The exercises get people “in a brainwave state that is much less judgmental,” Weiner said. “People start to hear other people’s ideas. People feed off each other. It’s a safe way to take baby steps.”

Another exercise: “We write out six impossible things,” he said.

It’s based on the queen in “Alice in Wonderland” saying “… sometimes I’ve believed as many as six impossible things before breakfast.”

“What seems absolutely impossible to you, all of a sudden is seen through another set of eyes,” he said. That includes the eyes on the other side of your brain. “I’ve never had anyone say I can’t find my inner genius,” Rodman said.

Well, at least not yet.