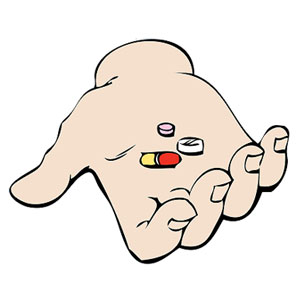 If you grew up in a household where everyone always shrieked at the sight of a black cat crossing their paths then you are likely to feel some involuntary anxiety when this happens to you today. If you are from the U.K., Japan, or Ireland a black cat is actually good luck. Superstitions are considered inconsequential remnants from backwards thinking people but the beliefs we carry even subconsciously about ourselves and the world can have devastating effects on the mind-body. The Placebo Effect is well known and accepted as what happens when someone takes a pill or receives what they perceive to be a helpful intervention (medication, surgery or really any type of treatment) and they get a positive result even if there was not an “active ingredient” in the procedure. Studies continue to show that placebos have shown equal results in everything from anti-depressant medications to arthroscopic knee surgeries. But there is a lesser known flip side to the Placebo Effect.

Carried out to the furthest extreme, is the concept that what we believe can harm us. Stress is a good example. Estimates show that the belief that stress is harmful to your health is estimated to kill over 20,000 Americans per year. Kelly McGonigal in her TED Talk, reports on a study that followed 30,000 American adults over eight years. They measured 1. How much stress the participants felt they had felt over the past year, 2. Whether they believed that stress was harmful to their health and 3. The Death Records of the participants that they followed. The results showed that those that experienced the highest levels of stress were 43% more likely to die prematurely, BUT,that was only true for the “high-stress” individuals that believed that stress was harmful to their health. Of the high stressed individuals who did not believe that, considering stress to be a normal part of life, they rated as the lowest risk of dying in the study, even below the people with the lowest levels of stress. Perhaps thinking of stress is like putting a curse upon yourself. In fact there are well documented phenomena of “voodoo deaths”; deaths resulting from a curse delivered from a witch doctor or shaman-like figure. Welcome to the fascinating world of placebo’s evil twin- the nocebo.

Nocebo is Latin for “I shall harm you”. Nocebo can result from our internal core beliefs. Our beliefs become biology as Norman Cousins puts it. Our endocrine, immune, and nervous systems are triggered by our beliefs. Study after study confirms that what you think can make or keep you sick.

“The placebo-nocebo effect represents an amazing example of how the mind-brain unit interacts with the body. Whereas placebos have to do with positive symbols that anticipate clinical benefit, nocebos are linked to negative symbols that induce expectations of clinical worsening. Positive symbols can range from empathic doctors and smiling nurses to trust-inducing complex medical machines and apparatuses. Likewise, there are a variety of negative symbols, ranging from shabby doctors to a pain-anticipating dentist’s drill. From an evolutionary perspective, these symbols, and indeed their interpretations by the patients, have evolved from ancient shamanism to modern medicine, whereby the patient’s expectations and beliefs in the healing power of the doctor play a crucial role.” Cortona-Woche, 2011

Take a look at this:

A study found that women that believed that they had a greater chance of having heart disease actually had a 3 times greater incidence of heart disease, after all other risk factors were ruled out. Another study found that close to 100% of those people that went for surgery with a “death wish” or wanting to reconnect with a loved one who had passed, would die in surgery or immediately afterwards. More evidence of nocebo validation was found during a study on aspirin and blood thinners, where two medical centers warned their subjects about possible side effects, while at the 3rd center no such warning was given. Those people warned were three times more likely to have experienced pain and ulcers than those not warned.

Here are some tips to counteract the dangers of stinkin’-thinkin’: