EFT and Mindfulness Meditation; Can Both Create Epigenetic Changes? 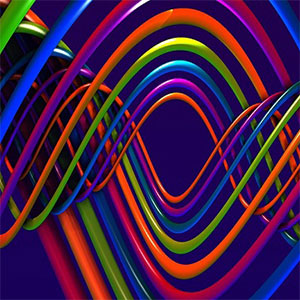 Today I found myself dreaming of the day…the day when the EFT research community had the funding to do the very study that went viral today in the neuroscience and consciousness communities. In case you had not heard, a new study was released that seems to be the first research showing gene expression changes after a single day of meditation. Gene expression changes, think epigenetics, think “what and how you think changes your genetic destiny!”

Can both EFT and Mindfulness Meditation Create Epigenetic Changes?

In this undertaking, they took a group of experienced meditators, (What if we did an imaginary switcheroo and thought experienced EFT Tappers for a moment). They had them perform a single day of focused mindfulness practice (think instead, a 1-2 hour tapping session). They took blood cells from the experimental and control group (people with no meditation experience who spent the day relaxing) and measured via molecular analysis, levels of gene expression for a variety of pathways. They did this at the beginning and end of the day and compared the groups scores. (We shall call our imaginary control group the Un-Tapped). In this particular study they explored a variety of measures with regard to gene-regulating activities that regulate stress, inflammatory and immune responses.

When they compared the measurements at the outset, they were nearly identical. After the intervention, the improvements were statistically significant in many of the measures that would help someone cope or “resource” themselves more quickly after a stressful event or situation.

Isn’t that just what is commonly and consistently found to occur with Tapping?

It should be noted that the experimental group had significant meditation experience. Could that have been responsible for the changes? But despite their experience, both groups tested the same at the start of the day. Could the alterations have been the result solely of the day’s intervention? Or could the “experienced” subjects have been primed by previous practice? Could this be exactly what is witnessed in EFT settings and interventions?

Could the ongoing practice of tapping as well as short term interventions of tapping achieve such an outcome under such thorough and rigorous laboratory analysis? What are the implications of such a study with such potential and how else could we measure profound implications with regards to improved health and well-being.

I for one would love to know!

Source: The research was performed by a team from the Center for Investigating Healthy Minds at the University of Wisconsin-Madison, the University of Barcelona and a team at Lyon Neuroscience Research Center in Lyon, France. (Elsevier’s Psychoneoroendocrinology)