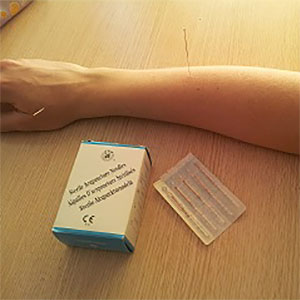 EFT has many lineages or precursors and perhaps one of the most important ones is the tapping stimulation of acupuncture points or acupoints. It is unlikely that there is someone who uses any of the myriads of Energy Psychology or “tapping” methodologies who does not refer to these meridian end points in describing what they do to create changes as a result of their methods.

So how does one react, other than squirm when they read this quote by Harriet Hall MD on skeptic.com or any other description of the fallacy of any existence of these points that we spend so much time stimulating?

Though there have been previous studies documenting acupuncture points using MRI, thermal photography, ultrasound and infrared imaging, this study documents to an even more substantial degree, anatomic structures that are distinctly found at the acupuncture points that were imaged. Fortunately there are other imaging studies that counter her position, though I doubt they altered her point of view. Recently however, a study was published that used advanced CT scans, published in the Journal of Electron Spectroscopy and Related Phenomenon and then widely reported by the Healthcare Medicine Institute at HealthCMI.com that may provide a stronger argument in favor of the existence of acupuncture points.

In this particular study, state of the art in-line phase contrast CT imaging with synchrotron radiation that provided improved 3D imaging was used. The imaging methods focused on locations that were both acupuncture and non-acupuncture points and clear differences were found. The acupuncture points ST 36 and ST37 revealed specific structural anatomic difference of blood vessel structures that were specific to the acupuncture points and not found in the surrounding tissues. These specific points revealed more large blood vessels with beds of high density vascularization of blood vessels in a specific micrometer size range. They are referred to as microvascular densities with bifurcations and involutions.

While this study certainly does not document evidence of most of the acupoints, nor does it even begin to address the existence of meridian channels, it is still research of significant value. I am not sure what level of evidence will be required to silence the acupuncture point skeptics, but in the meanwhile, all of us that use healing modalities that work with these points are appreciative of their work. As a practitioner and trainer of Emotional Freedom Techniques (EFT) and as someone who greatly appreciates scientific validation for what I am doing, this research study I find useful.