The Compulsion to Repeat the Trauma; EFT and Re-Enactment Case Study 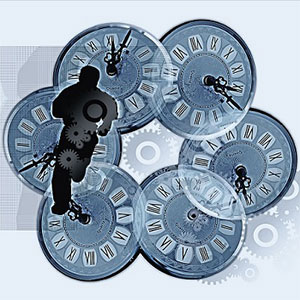 The recently widely reported news story involving the kidnapping and escape of 16 year old Hannah Anderson, in conjunction with the double murder of her mother and brother, offers a dramatic and eye-opening example of a condition that has been relatively obscure since its inception by Freud over 90 years ago, known as the “compulsion to repeat the trauma”.

As news stories are beginning to report, the man apparently responsible , James (Jim) L. Dimaggio, lost his life at the hands of FBI agents in gunfire in the remote wilderness of Idaho, after they were tipped off to Hannah’s whereabouts. Information is emerging that makes this story a virtual tragic paternal mirror of remarkable similarities. What we now know, is that this man’s father, James E. Dimaggio, also professed his love to a 16 year old girl, a schoolmate of Jim’s. After the girl refused his father’s affections, he broke into her house and threatened to kill her with a shotgun. Also mirroring our recent story, the girl was able to escape her life threatening predicament. He was caught and arrested for his threats of violence. If that is not disturbingly similar enough, after serving time in prison, he later walked out on young Jim and his family, a report states, on August 3, the same day that Jim torched his mobile home with the bodies of Hannah’s mother and brother inside. August 3 was also the date that his mother died of cancer. On August 10 2013, young Hannah was saved and Jim was killed by FBI agents’ bullets. August 10 was the very same date that his father died from committing suicide. It has been suspected that Jim also was planning a suicidal death.

One is forced to wonder if the timelines of these traumatic occurrences were conscious or planned. Another possibility exists that points to the idea of Jim suffering a psychotic break spurred by financial strain with his home being foreclosed upon and his having to return to his home state of Texas. One important psychological hypothesis offers the idea that many of the details played out in this devastating drama were unconscious processes. In discussing this story with Craig Weiner, DC, a teacher of the neurobiology of trauma, he points to a theory well described in Bessel A. van der Kolk’s 1989 article, The Compulsion to Repeat the Trauma; Re-enactment, Re-victimization and Masochism. He reports that when a person is exposed to trauma, especially in childhood, traumatic events such as those experienced in this man’s life; loss of a parent, exposure to suicide, violence to a school friend, and likely even more that may never be known, there is a profound impact on an individual’s psychological development and the resultant compulsive behavioral repetition may even be accompanied by a loss of conscious memory of the original traumas.

Van der Kolk offers evidence that exhibits how violence delivered to children results in being a major factor in the likelihood of later perpetrated adult violence by the victim. He offers a hauntingly similar report of a Vietnam veteran who every year for nearly twenty years, committed an armed robbery on the anniversary of a friend’s death, which resulted from a sniper attack, that he believed occurred because of a cigarette that he lit up in the dark of night.

One approach that has been showing increasing effectiveness in working with victims of early trauma and Post-Traumatic Stress Disorder is the Emotional Freedom Technique, also known as EFT. It is not uncommon to see a pattern of compulsive and repetitive behaviors born out of both childhood and adult trauma, albeit rarely as devastating as this current occurrence. Freud hypothesized that the aim of the repetition was to gain some power or mastery over the victimizing circumstance of the past, though it is the experience of most EFT coaches that this rarely occurs, as rarely is the person more equipped to handle the feelings of overwhelm, especially with each unsuccessful event.

It is the primary responsibility of an EFT practitioner to gain greater understanding and specific skills that are required to work with victims of trauma and understand the connections between current life challenges and their potential relationship to past traumatic events and understand the theory of re-enactment so as to know whether they are skillful enough to work with the client or refer them out for a thorough mental health evaluation.