Celebrating the Life and Honoring the Loss of Eric Huurre 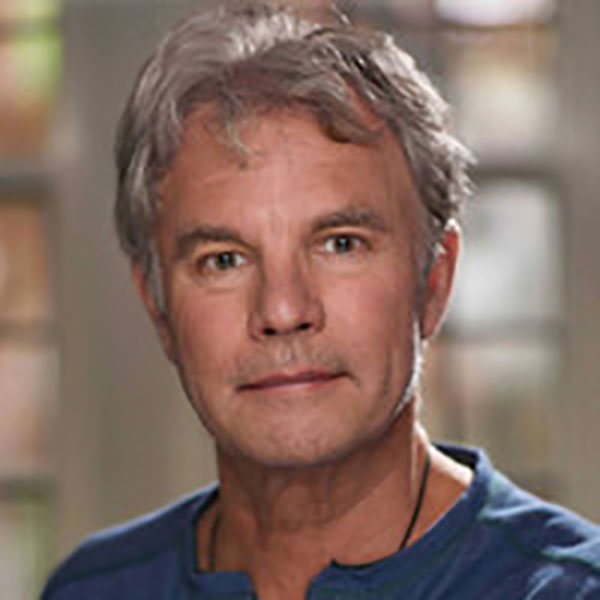 I feel very fortunate that Craig and I had been honored to know and work with Eric who recently passed from cancer at the age of 70. I thought I would share some reflections as his partner Gayle had asked me to write something that will be read at his memorial this week, so I share it with you to give you some personal connection to who Eric is.

Eric had reached out to me many years ago when he heard I was using EFT with women during their pregnancy and childbirth. Of course he had already been bitten by the tapping bug by then as he had been the producer/director of the film Operational Emotional Freedom.  which first brought public attention to the role of EFT and its ability to help combat veterans with PTSD (filmed with Gary Craig and Carol Look). A new idea hatched for him to have the ability to actually film for the first time an expectant mother receiving EFT during active labor. That is, if universal timing and geographical considerations could somehow all align. As fate would have it, I had used my tapping skills to assist a young woman through infertility challenges and her successful pregnancy.

She was about to give birth in Toronto, which happened to be exactly where Eric lived at the time. I received a call from the expectant mom saying that she was going into labor and I hopped immediately onto a plane from Seattle finally getting to meet Eric in person. Childbirth is often a lengthy and unpredictable journey. This time was no different. In order to respect the privacy of the family as much as possible, Eric and I would enter the labor room from time to time together to check on her progress so I could work with her on her fears and worries and physical pain, while Eric filmed the process. As a film-maker, Eric was used to this sort of waiting around and he never made me feel like I was wasting his time. You get to know someone pretty well in highly emotional situations in the middle of the night and this was when I really got to know him. He had such a passion for life that was infectious and his stories of cave-diving and his take on the nature of the Universe filled the hours. At one point the topic of romantic relationships came up. Three months earlier I had met the man who was to be my husband and I shared with him how despite having an outwardly chaotic life, I felt grounded with my new love interest. Eric shared that he hoped that one day the same would happen for him.

The opportunity to work again with Eric came up a few years ago. My husband Craig and I were in desperate need of a professional to assist us with the Science of Tapping film project and we were to be in Toronto the following month. The reconnection with Eric happened with such serendipity and ease. How fortunate that by this time he’d found Gayle! At one point without her being within earshot I asked him if he’d recalled our conversation years earlier and he said he had and that he was so happy. Craig and I cannot even imagine how our film and website would have come to fruition and with such excellence and mastery without the team of Eric and Gayle. The recent shock of hearing that he had passed was only softened by learning that Gayle and Eric had moved to their slice of heaven in Nova Scotia before his passing. May the memories of that time bring comfort to you, Gayle. The world has lost a remarkable visual storyteller who contributed greatly to bringing awareness of alternative healing methods to the masses. I am blessed to have also known him also as a lovely human being.

Eric was a steadfast and sensitive spirit, who touched the lives of others with generosity, thoughtfulness, creativity and love. He will be in our hearts forever.

On January 22, Eric celebrated his 70th birthday. In September, a week after the hurricane Dorian, he moved to Nova Scotia from Toronto with his partner Gayle. He embraced his new life there, particularly its peace and its neighbourliness. He laughed, he loved, and he enjoyed meeting new people.

Eric was a filmmaker. At the age of 17, he enrolled at Sheridan College. There, as the first student to explore a film degree, he won an award for his first documentary. He went on to create high budget, television commercials and documentaries.
Eric brought over three decades of media design, production, directing and marketing expertise to his work in public awareness filmmaking, and the promotion of energy-based wellness therapies.
Working from a core belief that “the human story” is a critical aspect of effective communications and learning, Eric formed strategic alliances to produce and deliver social-issue information and learning materials, as well as individual and group emotional training and counselling.
Among his subject specialties are emotional self-care, trauma and PTSD. His award winning, ground-breaking, feature documentary OPERATION: Emotional Freedom – The Answer, a documentary about PTSD and veterans, has been sold and screened internationally from locations including the front lines in Afghanistan to the White House. Eric had such a huge caring soul and in spite of his huge success in more commercial documentaries, this documentary meant the most to him.
His recent projects include The Unseen Therapist, and Hellfire to Hope exploring the emotional connection between self worth, health and healing in diverse populations from survivors of sexual abuse to ex-convicts.
As a result of documenting and treating trauma and emotional healing, Eric learned from the best in energy psychology and incorporated this knowledge into filming and private coaching for clients around the world.
Life is inexplicable. There is no way to understand that we should receive such enormous tragedy in the midst of such a beautiful new beginning. And yet, there is solace in that Eric passed on when his life was full of happiness. He will be so missed by his partner in adventure and love, Gayle Grin. He will also be sadly missed by his sister Tina Hinojosa and her husband Jose J Hinojosa Rodriguez, his long time friend and previous spouse Anne-Marie Huurre, many cousins, Gayle’s sons Cedric Grin and Liam Grin, and their partners, as well as colleagues and friends. Eric was loved, respected and honoured. He will always be an inspiration and light in our hearts, a remarkable life that touched so many.
His good friend and neighbour, David, took Gayle, Tina and her husband out on his lobster boat to spread Eric’s ashes on the Atlantic Ocean. Gayle and Tina made wreathes with flowers and vines cut from the garden to accompany his ashes.
Donations in his memory can be made to Ingomar-Harbour First Responders c/o 5068 Shore Road, North East Harbour. Online condolences may be sent to huskilson@ns.aliantzinc.ca or you may sign the guest book at www.huskilson.net