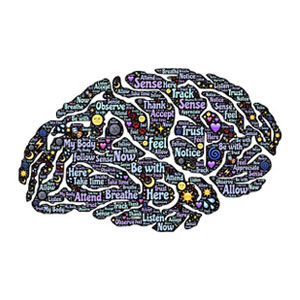 I had believed that I had a perfect tool for myself and my clients when I came across EFT. I healed myself of an autoimmune condition and felt that I had all I needed to clear most complaints. A few years ago someone told me that there was another energy modality that could work faster than EFT and after trying it myself I indeed agreed that there was such a technique. That’s when I began to study and become certified in Matrix Energetics.

Through the years I have seen Matrix Energetics do some absolutely remarkable things but not with any sort of predictability. Many people have experienced the same thing. Also on the downside is that you can’t really self-apply it with consistantly great outcomes. I felt that the principles guiding M.E. were spot on but the way EFT resolved issue and issue with just persistence was for me the most important aspect- you can count on it time and again.

When I was first introduced to Matrix ReImprinting (MR) , I was reluctant to learn more. After all, the results I was getting in my practice were amazing and I felt that I was already doing much of what was described as the technique of addressing one’s inner child. Old hat. Wasn’t interested. And then I had my first session. Since then, Matrix reImprinting has revolutionized my practice.

The main premise behind MR is that whenever you have a traumatic or significant event,you have a fragmented part of yourself that sits frozen in your energy field. This frozen aspect of self is called your ECHO or Energetic Conscious Hologram. Alternately, you can see this as the “freeze response”. Science knows a lot more about the Fight or Flight than it does the Freeze Response. It’s been said that we as civilized, evolved humans, freeze more than often fight or flee. Freezing the incident and encapsulating it helps us deal and move on. The frozen ECHO will then live on subconsciously warn you of similar situations.

When you are young your system can handle ECHOs because fewer of them have accumulated. Throughout your life you accumulate more and more to the point where you can no longer effectively distance yourself from them. When you are at the point of being triggered on a regular basis by seemingly unimportant daily interactions, it’s a sign that you have too many of these ECHOs . Having many ECHOs in your field you will manifest in disorders and diseases in your mindbody. Many devices have shown the sensitivity of our electromagnetic fields. Similarly, medical intuitives such as Carolyn Myss have been able to see or feel changes in the field of a client before the actual physical body shows signs of malfunctioning. Left unresolved, these areas may develop pain, illness, phobias, anxiety, and psychological problems.

More often than not ECHOs, are responsible for our core issues and beliefs. They generalize the world for us. What’s most fun about MR is that the ECHO has the ability during a session to change the outcome of what’s occurring in that frozen past. Here are some examples of my clients’ ECHOs changing core issues for them:

Patrick’s core issue – I can’t trust people. This appeared as a pattern throughout his life of bad romantic and business relationships. His first ECHO was frozen at age 3 when siblings were torturing him. The 3 year old ECHO asked us to take him to another home where everyone always got along. Core issue collapsed after one session.

Mary’s core issue – I have to be a hardworking responsible person to love me. Mary’s core issue resulted in her being a people-pleaser to a fault. The ECHO that came through was 5 years old. The ECHO found her drunken mother on the couch instead of making dinner for her and her family. During the session the ECHO wanted to have her deceased grandmother there in the scene to take over the household and allow the ECHO to be a child again. Grandma came in and created peace, joy, and harmony in the house and told the ECHO that it was her mission now to have fun. Core issue hasn’t shown it’s ugly head since!

Alina Frank, is among the top ranked EFT practitioners in the world according to independent review sites. She has published articles in international and domestic publications and has been interviewed on various shows on the topic of healing. For a free 15 min consultation please visit her site at http://www.tapyourpower.net