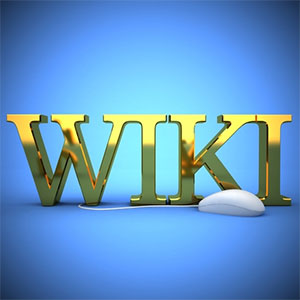 David and Goliath? EFT, Wikipedia and the Rebel Psychiatrist

Many of you reading this blog will know very well what I am talking about and it has frustrated you to no end. Others of you may not even be aware of the issue. The cause for concern amongst users and practitioners of EFT or Tapping or other Energy Psychology methodologies is what happens when a potential client logs onto Wikipedia.com and reads the following on the EFT Wikipedia page:

“Advocates claim that the technique may be used to treat a wide variety of physical and psychological disorders, and as a simple form of self-administered therapy.[1] The Skeptical Inquirer describes the foundations of EFT as “a hodgepodge of concepts derived from a variety of sources [primarily] the ancient Chinese philosophy of chi, which is thought to be the ‘life force’ that flows throughout the body.” The existence of this life force is “not empirically supported”.[2]

EFT has no benefit as a therapy beyond the placebo effect or any known-effective psychological techniques that may be provided in addition to the purported “energy” technique.[3] It is generally characterized as pseudoscience and has not garnered significant support in clinical psychology.”

Millions of internet users utilize the website Wikipedia as a valid, neutral, reliable source for information and is often the “go to” site for people that are looking for information on subjects that they know nothing or little about. Over 13 years since its inception, Wikipedia has grown to over 4 million articles, with an overriding mandate of holding a neutral point of view, or NPOV as it is referred to.

The assumption is, that because Wikipedia is “crowd-sourced,” meaning this site is written and edited by unpaid volunteers, and is continually being amended, updated with supposedly the most current news and research, that it is a valid and unbiased source of information. And that is just where this controversy regarding EFT and Wikipedia begins. (I also need to offer that EFT is far from being the only subject of a non-neutral POV).

On November 28, an article was posted on the WBUR’s (a National Public Radio affiliate station) Common Health Reform and Reality website, by guest contributor Eric Leskowitz, MD. It has created quite a stir and elevated the awareness of the bias administered by Wikipedia, specifically with regards towards its website’s information about EFT. The article is entitled, Harvard Doc To Wikipedia: You’re Not Playing Fair On Alternative Trauma Therapy.

Who is this physician who takes Wikipedia to task for unfair practices? Dr. Leskowitz is a psychiatrist and directs the Integrative Medicine Project at Spaulding Rehabilitation Hospital, He is on the faculty at Harvard Medical School. He holds appointments with the Departments of Psychiatry at Harvard and Tufts Medical Schools and has studied energy healing, meditation and hypnosis for over 20 years.

Dr Leskowitz offers an extremely thorough evaluation of the controversy, including sources for EFT related research, validation by the American Psychological Association and a timeline of the controversy, including the multiple attempts made by many in our profession to have Wikipedia, and more specifically, founder Jimmy Wales, to retract some of the information on the site and update it with the ever growing and supportive body of EFT published research. The lack of any progress in this effort by many of the most respected professionals in our filed resulted in an ACEP created petition, submitted with over 11,000 signatures.

The personal response to the petition by Mr. Wales was as follows:

“No, you have to be kidding me. Every single person who signed this petition needs to go back to check their premises and think harder about what it means to be honest, factual, truthful.
Wikipedia’s policies around this kind of thing are exactly spot-on and correct. If you can get your work published in respectable scientific journals – that is to say, if you can produce evidence through replicable scientific experiments, then Wikipedia will cover it appropriately. What we won’t do is pretend that the work of lunatic charlatans is the equivalent of “true scientific discourse”. It isn’t.”

This article is well worth reading by any person who has a personal and especially a professional interest in EFT. It is also insightful to read the plethora of comments that his article has garnered, on “both sides” of the discussion.

I believe that it only through our continued involvement and participation in these seminal discussions that the tipping point will move in the direction that allows further public and institutional acceptance for this powerful and effective technique.