Gary Craig; An Interview with the Founder of EFT 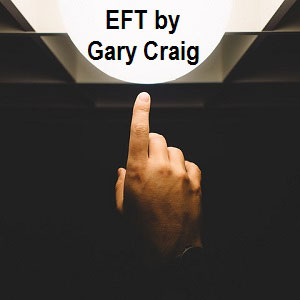 Gary Craig is the founder of the Emotional Freedom Techniques (EFT). In this rare audio interview, he is joined by Change Your Mind! Transformational Dialogue Radio host, Dr Craig Weiner. Together they explore a personal perspective on the origins and inspiration for EFT’s creation, his current view on the practice of EFT and his vision for where it will go. Gary has been intensely interested in personal improvement via psychology since age13. That was when he recognized that the quality of his thoughts was mirrored in the quality of his life.

Since then he has been self taught in this field, seeking procedures that he felt produced results. He considers EFT, the core of which he learned from Dr. Roger Callahan, to be an important tool to achieving the highest levels of healing. He also has high regard for Neuro Linguistic Programming (NLP) in which he is a Certified Master Practitioner. In addition, Gary holds an engineering degree from Stanford University, a passion for A Course in Miracles and is an ordained minister through Universal Church of God in Southern California, which is non-denominational and embraces all religions. To find out more about what Gary is doing go to www.emofree.com

Listen through your computer with the audio player below.