Dr. Tony Stewart: The BBC, The Daily Mail and The EFT Skeptics 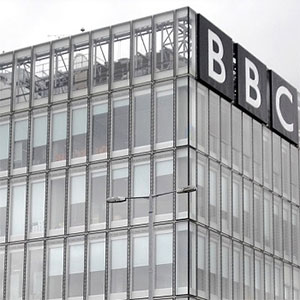 Professor Tony Stewart recently found his image being shown around the world, literally. Suddenly, he was an EFT Research rockstar after a BBC and Daily Mail report was broadcast regarding the EFT Tapping work he was doing in a national health care clinic in the U.K.

At first, the buzz was everywhere! Tapping sites lit up after one the world’s most respected news organizations gave a favorable report on EFT, complete with a stellar testimonial by a client! Tony was then beset by personal and professional attacks based upon exagerated terms used by others involved in the news story.

In this interview we explore his personal journey from his own early EFT skepticism, to his personal health transformation via EFT, how he was able to convince his clinical supervisors to integrate EFT into the health care clinic and what breakthrough plans he is visioning for EFT in a universtity setting.

Tony is a Professor of Public Health at Staffordshire University and practices as an NHS Consultant. He is a published author and won the prestigious BMA award in 2011. He is an AAMET Master EFT and Matrix Reimprtinting trainer.

As well as practicing EFT, Matrix Reimprinting and clinical hypnosis, Tony also carries out and publishes clinical research and trains therapists to practice them. Tony and his colleagues published the first clinical study of a dedicated EFT service within the NHS and the first ever clinical study of Matrix Reimprinting. While most of the world acclaimed his welcome published research, EFT skeptics went on the attack. This interview explores the work of Dr Stewart and how he faced those skeptics.

Interview by Craig Weiner, DC for The Transformational Dialogues, with more interviews available at www.EFTtappingTraining.com