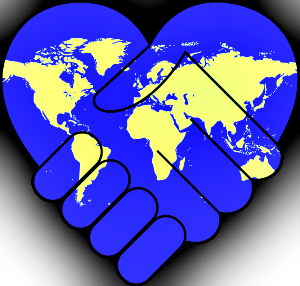 It was the best of times and the worst of times as the story goes. That phrase could not be truer of the United States in 2016. The elections have brought out an ugly underbelly and many feel powerless to make a difference. I find myself looking for how I can make a small difference each and every day in my world and my work. Race and ethnicity insensitivity in the United States feels more rampant today than it has in my lifetime and yet I am at the same time struck by how compassionate, caring and attuned my children’s generation is. I learn so much from them and their peers. I am inspired by them to seek deeper understanding of the ways in which I unconsciously benefit from white privilege, and act from implicit or unconscious biases and stereotypes. I seek understanding in the service of just and loving change. This seeking is what led me to change the way I teach EFT tapping.

A few years ago I had an experience of an Asian student confirming for me something I’d been feeling for some time and that is that the Karate Chop (KC) point in EFT was offensive. At this point I’d as likely call that point KC as I would do the “tomahawk chop” at a sports event, or paint my face black. It just feels disgusting and wrong. I did some research and uncovered the following:

• There is no such acupoint in Traditional Chinese Medicine (TCM) called KC (no wonder every acupuncturist I ever trained in EFT looked at me funny when I described this point)
• KC is a made up term invented by Hollywood in the 60s-70s with the popularity of the Bruce Lee genre of movies
• The actual term for this area in martial arts (not in healing modalities) is a rather violent one, “knifehand”

I asked a few of my Asian-American students about the term and they confirmed for me that they found the term off-putting. I spoke with a few other EFT trainers who had heard the same from Asian-American students and colleagues. I heard from a few colleagues who had dropped the KC reference for similar reasons. One of these conversations led me to someone I have a great deal of respect for, Victor Lee Lewis.

The following is a conversation with Victor who I feel is in a unique position to answer my questions as he is a renowned diversity trainer, social justice educator, NLP trainer and a newly-minted EFT trainer.

Alina: Thank you for having this discussion with me Victor. I wanted to start off by asking you when did you first learned about KC and switched over to the more appropriate Side of Hand (SOH) point.

Victor: I was introduced to EFT by my therapist about 17 years ago. He had just come back from a weekend workshop with Gary Craig and was fired up about how it could be just what I needed to heal from post-traumatic stress symptoms and depression. In my first exposure to EFT literature, I was kind of put off by the term “karate chop” point, not because I thought it was a bit lacking in cultural competence, but because it made EFT, a profound healing modality seem kind of silly to me.

Alina: I agree. All the other points are referred to by their accurate location on the body. About 10 years I remember a doctor of Traditional Chinese Medicine challenging me at a training about the term KC. I really didn’t know what to say to defend it but opted for, “That’s the way I was taught”. Looking at that today and how my entire career has been based on trying to legitimize EFT Tapping, I can’t believe I didn’t clearly see my own bias. I do know of some EFT coaches and trainers that once educated on this topic immediately stopped calling it that. I also have heard from others that think this is nonsense. Why do you think that people would ignore someone else’s pain and discomfort? Is this a small matter in your opinion?

Victor: Especially in the U.S. and England, we are socialized to think in very individualistic and “apolitical” frames of mind. This is not a willful or malicious disconnection, as a general rule, it is more a trained insensitivity consistent with historical and present forms of social inequality and discrimination. The implicit bias that drives most of our behavior around hot-button issues like race, by definition, is not likely to be consciously appreciated by the person’s influence of such powerful implicit biases and beliefs. When we don’t know what we don’t know, defensiveness or a dismissive attitude becomes more commonplace than not. This is true of people across the social spectrum. Most of us are taught to believe and manage to become convinced that we already know everything that is very important to know about others, regardless of evidence. This kind of silly way of thinking, really, isn’t it?

Alina: What about the argument that people should tap on it? Get over it? Not be so sensitive? Isn’t that the point of tapping, not to be so triggered?

Victor: As an EFT practitioner and trainer I strive to be accessible to people of all background. I hold myself to a standard that would not allow for me to dismiss the distress of others to protect my comfort and convenience. ‘Get over it” sends that message. When I feel that kind of ego and heart-hardening arises in me, I hope that I can tap on the underlying resentment and sense of entitlement. It takes courage to question the KC tradition. This is “deep culture” work, work on cultural counter-transference and the cultural unconscious. It is both an important growth opportunity, and in my opinion and important ethical and professional responsibility, that should be considered central to our ongoing education. We live in a profoundly interdependent world of complex social and cultural diversity. I feel that we In the EFT professional community have a duty to understand the impact of our actions and traditions on the various people and groups in our midst. The difficulty in seeing or sensing systems, culture and power is a built in part of our cultural training and formal education. This socialization is offered to us without permission by trusted people who typically also live with their own unnoticed and unquestioned biases.

Alina: I agree. I see this with my family and I do have hope. My parents learned racism from their parents. They passed on more subtle forms of it to me and I’ve worked hard to not pass that on in any form to my children who in turn have taught me a thing or two about where my cultural appropriations lie. In a private discussion group I heard the argument that coaches and trainers have had many Asian clients and students and no one has ever brought it. Some have done EFT in Asian countries and no one has said anything to them about it so why change it now?

Victor: Habit and tradition is a terrible reason for sticking with a destructive and insensitive habit. I would invite western practitioners and trainers to do 2 or 3 hours of earnest research on implicit and cross-cultural communication. A western visitor coming to Asia in the authority role as a teacher will almost always have their dignity and “face” protected by their hosts, no matter how badly we behave. I would love for those of whom you speak to read up on the “ugly American” syndrome, and how people in host cultures deal with American ignorance and innocent smugness.

Alina: Wow, I really like the idea of cultural competency for EFT practitioners! Let’s talk! One more question Victor, I have heard some make the case that there’s lots of material online, in print, in training material that reference it as KC and it’ll mean lots of money and energy to change it all. What do you say to that?

Victor: It took a lot of energy and money for textbooks and popular culture to stop referring to Black or African American people as “colored” or “negro,” but it was the right thing to do and took far too long. The same arguments are still being made by professional and college sports franchises about why they must persist in racially offensive practices against the will of the voices pointing to real problems things that seem innocent to a lot of people. While dozens of franchises have pushed back for decades with the same excuses that you’ve mentioned, dozens more have made the thoughtful and compassionate choice with no negative long-term impacts.
When people of goodwill raise a concern about everyday social habits, wisdom calls upon us to listen with a sincere and deep curiosity, rather than to assume, that if an issue is worth knowing or learning about, we would already be on the right side of it. It doesn’t take all that much time or strength to be curious. It doesn’t cost us much, but it can enliven us and keep us growing for a lifetime.
If we have honor of being teachers or practitioners of this incredible modality, then we certainly also have a responsibility to teach it in a way that is not only culturally sensitive but culturally honoring. We should be good stewards of the cultural gifts we have inherited. TCM is a system with roots over 2000 years old. If we are going to say that we are tapping on acupoints and that the work involved meridians then at the very least we can be consistent with the using the description of the location of the point on the body and steer clear of a term that is offensive.

Victor Lee Lewis, MA, founder and director of the Radical Resilience Institute, is a nationally respected diversity, inclusion and social justice educator. He is an NLP trainer, EFT trainer, and a professional life coach specializing in work with social and environmental activists and fast, gentle trauma resolution.

Alina Frank is an international trainer and mentor of EFT and Matrix Reimprinting based in the Seattle metro area.