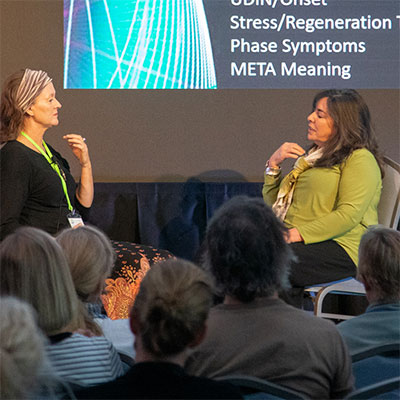 “Alina’s authenticity, integrity, and openness inspire people, and because she’s reachable, they can see themselves in her,” says Craig Weiner. “She’s worked with thousands of people in private practice and trained hundreds more, which gives her depth and breadth as an EFT practitioner and as a presenter. She’s walked her talk, and that deep knowing gives her confidence.”

“Meeting Alina changed the course of my life and has given me permission to fully be myself in my greatest capacity,” adds Craig. “That’s who I am when I’m presenting with her.”

“I discovered EFT while searching for a cure to a medical condition that arose after I gave birth to a stillborn baby,” says Alina. “It took years, but I’ve come to appreciate that experience as my greatest gift, because it led me to my life’s work. I’ve overcome a lot of additional challenges using EFT, including being stuck in a bad relationship, nearly losing my home, and struggling with serious health issues. I’m not just an EFT practitioner and teacher. I know from personal experience how life-changing it can be and became a trainer because I wanted to share EFT with more people than I could one-on-one.”

If you are interested in doing private EFT work with Alina, click here to obtain information regarding a free initial consultation. 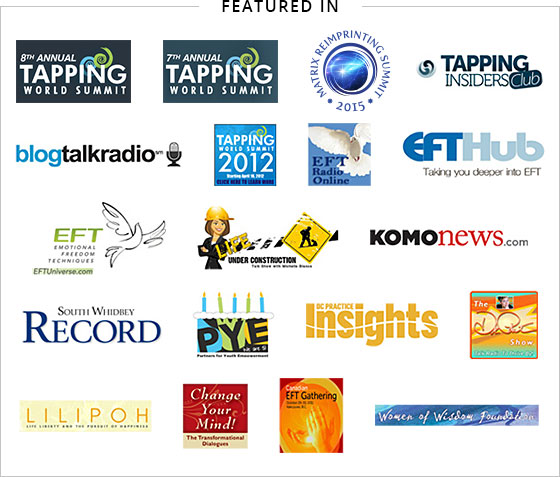 Alina Frank first witnessed the mind’s ability to facilitate physical healing while practicing as a postpartum doula. Seven years later, she discovered EFT and used it to heal herself of a serious illness and to radically improve her life circumstances. Based on her personal success with EFT, Alina established a private EFT practice and received her EFT training from EFT founder Gary Craig in 2006. In 2007, she received trauma-specific EFT training from Rabbi Legomsky, director of Israel Trauma Care. Alina received EFT Universe trainers training from Dawson Church and learned Matrix Reimprinting from founder Sasha Allenby in 2010. She is now also an EFT master trainer and master trainer of trainers for the world’s largest EFT association, EFT International. Alina earned her master life coach certification from the American University of NLP and has been rated the number one EFT practitioner, an independent review site, since 2009.

Alina has conducted EFT trainings throughout the United States, Canada, and Mexico and has received five-star ratings for those trainings from Tapping International, YELP, Google Plus Places and EFTU. She has also conducted EFT Matrix Reimprinting trainings throughout the United States, Canada, Israel, and Mexico. Alina is the founder and current organizer of the annual NW EFT Tappers Gathering, offers free EFT to emergency responders through Whidbey CareNet, and was a master presenter for the Warriors Wellness Project’s Trauma Tune-Up. She has been a contributing author in various EFT books including the EFT Clinical Handbook, Heal Yourself with EFT, Raising a Winning Student and the best selling author of How to Want Sex Again